Eleven years and eleven revolutions around the sun. There have been deaths and pregnancies, victories and chance encounters. Too many sombre news bulletins and retrenchment notices. Through it all, earth’s orbit, the night sky and music. In whichever ways, we recount this traversal of elapsing time and we have come far. So too has Ulver.
Since the 2007 release of Shadows of the Sun, the Oslobased collective has busied themselves broadening the grounds of their multi-dimensional, multiconfessional church. Once limited to the studio, the indefatigable Norwegians these days command the stage, crossing continents and oceans delivering a surreal and visually transfixing live act.
Once described by Kristoffer Rygg, Ulver’s founder, as their “most personal record to date,” first-time Shadows listeners will find neither the dance-floor subversives of Julius Caesar nor the dense hallucinatory grooves of ATGCLVLSSCAP, recent works that have swelled the ranks and given rise to a handsome new generation of wolf pups.
More than a decade on, Ulver’s seventh studio album arguably remains their most personal, a decidedly interior account of grand cosmic indifference. It explores the familiars of life and death, love and loss – but from the furthermost purview. All the electricity of life, playing out as perfect circles on a mote of dust suspended in a sunbeam. We are captive to its long shadows.
Shadows of the Sun is a meditation on all the crosses we collectively carry and the folly of carrying them. It is a pensive, quiet work singularly committed to an aesthetic of beauty. We find in it the melancholic grace that would later blossom to the fore in 2013’s Messe I.X–VI.X. Though it is, by no means, an embryonic affair. Revisiting these sounds in 2018, one is struck in equal measure by their elegance and grandeur, restraint and simplicity.
One encounters consolatory string arrangements on a spectral sea of electronics. The soft dance of fingers along the mouth of a piano. A tremendous depth of feeling with each waving crescendo or soft reverberation. Divine outbreaks of a trumpet’s blare. Only occasionally are we confronted with glimpses of a discordant underbelly, the prospect of decay and menace of less hospitable soundscapes. Where there are forays into rhythm, subtle percussion crashes and amplifies the emotional undercurrent.
At the helm are Rygg, Jørn H. Sværen and Tore Ylwizaker, who have been Ulver’s creative core from the heady metamorphoses of the late 90s through to the present. The trusty triumvirate are joined by a string quartet and guest musicians, the likes of Austrian electronic music legend Christian Fennesz, renowned theremin sage Pamelia Kurstin, Norwegian jazz musician Mathias Eick, among others whose contributions enrich the album’s distinctive sheen.
Among these warm, sonic arrangements – mostly linear constructs that unite variants of looping electronics with crisp organic instrumentation – there are glimmers of baroque pop in Rygg’s vocal work, often delivered in the lower register. Each word uttered a negotiation: between loss, questions and the oftenuneasy terms of their acceptance. A cover of Black Sabbath’s downtrodden classic, “Solitude”, is right at home in its folds.
Didrik Søderlind, a Norwegian journalist and author, remarked back in 2007 that these songs of loss and disillusion amounted to Ulver giving their fears “a shapely form,” an approach “capable, perhaps, of bringing a little comfort to some.” It is evident that this album came together under the weight of very personal trials. Søderlind rightly identifies qualities of a sombre empathy at work in this music, imbuing certain moments with deep emotional resonance.
Shadows of the Sun possesses a power to prompt reflection like few things do, particularly where existential matters are concerned. We, too, may come to take the furthermost purview. The Ankole, an East-African bull whose mesmerizing lyreshaped horns grace the album’s stunning cover art, are a dying breed expected to disappear within decades. Our own sun fares somewhat better in this equation. It will be several billion years before it swells nearly a hundred times its current diameter in a spectacular last hurrah.

Ample time to wonder: “What happened to us here?” 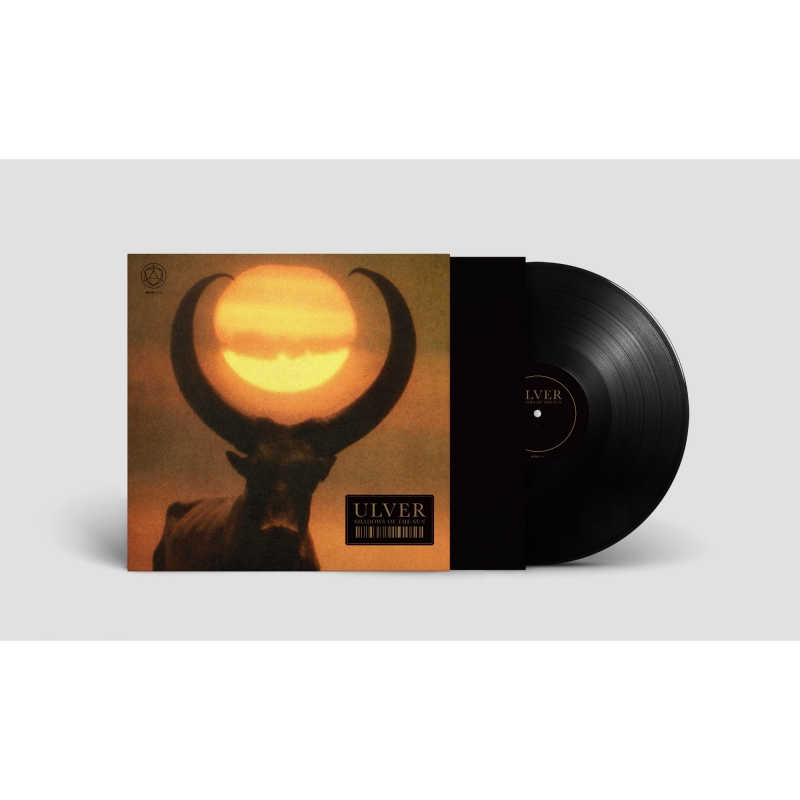